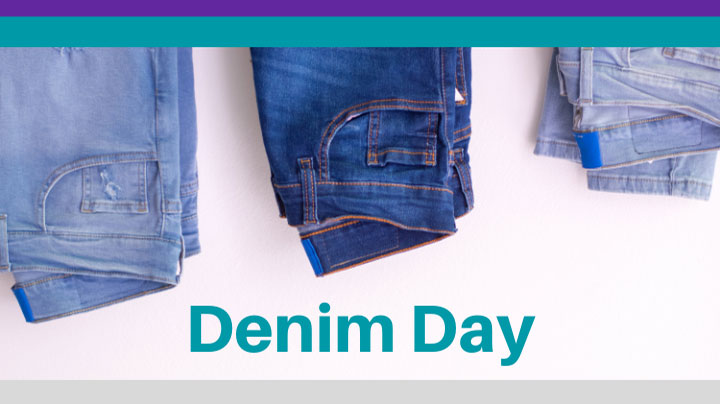 Denim Day was originally triggered from a ruling by the Italian Supreme Court in which a teenager was assaulted by her driver’s training instructor. The rape conviction was overturned because the justices felt that, since the teen was wearing tight jeans, she must have helped her rapist remove her jeans, thereby implying consent. The following day, the women in the Italian Parliament came to work wearing jeans in solidary with the survivor. Denim Day started internationally in response to this case, wearing jeans annually on Denim Day has become a symbol of protest against erroneous and destructive attitudes about sexual assault.